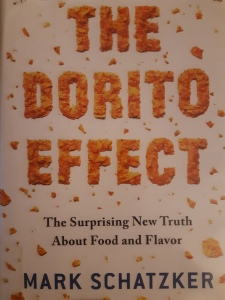 Modern industrial agriculture has done an amazing job of increasing yields.  Today we produce more than enough calories to feed everyone on the planet. Unfortunately, the single-minded focus on yield and calorie production has come at the expense of flavor and nutrition.  Compared to the foods our grandparents ate, the foods we consume today are flavorless and devoid of the full range of vitamins and minerals our bodies need to thrive.

The reduced nutritional value of the foods we eat today means we wind up eating more calories than we should in pursuit of the nutrition our bodies need, a direct cause of growing epidemics such as obesity and diabetes.  Complicating matters, the corporations that control our food supply have used cutting edge research to develop thousands of chemical compounds designed to trick us into eating more than we should, as we seek out the flavor and nutrition that has been intentionally bred out of our food,  A vicious circle if there ever was one!

Author Mark Schatzker addresses this problem head-on in his exhaustively researched, well written and highly entertaining book The Dorito Effect – available through our very own Timberland Regional Library System.  As a farmer, an eater and a citizen I believe this is one of the most important books that has been released in recent years, and it stands among the top tier of titles that have influenced my thinking about our food system.

Here at Urban Futures Farm we have always challenged ourselves to grow vegetables, herbs and fruits that not only produce good yields, but which also provide the maximum flavor and nutrition for our customers. Believe it or not, this is pretty unusual among today’s farmers.  Even among so called “organic” farmers, a niche market increasingly controlled by a handful of multinational corporations, many of whom don’t even bother growing crops in actual soil any more, a focus on flavor and nutrition is the exception rather than rule.

Read The Dorito Effect.  Then start to ask questions.  Ask yourself: Where does my food come from and what’s in it?  Equally important, what’s not in it (hint: flavor and nutrition). Ask the produce managers at your local grocery store how the produce on their shelves was grown – where and by whom?  Ask your elected representatives why they continue to vote for legislation that subsidizes agribusiness corporations that undermine human health, impoverish small local farmers and exacerbate climate change and environmental degradation.

Wendell Berry once wrote that “eating is an agricultural act”. Michael Pollan took that notion a step further, writing that eating is also a political act.  In 2021, lets embrace our role as eaters/citizens,  and transform our food system from today’s corporate focus on yields and profits to the more important human concerns of flavor and nutrition.

One thought on “The Dorito Effect”

This site uses Akismet to reduce spam. Learn how your comment data is processed.

Right in the Northeast Neighborhood!